From one life to another: Why discipleship works

Do you know the power of discipleship?

It lies within the individual, regular people like you who have a desire to help others grow in their faith. As you faithfully spend your time and energy to help others grow in their spiritual life, they begin passing what they learn on to others. Over time, as successive generations continue this practice, your efforts to disciple can ripple out and potentially influence the lives of thousands.

The lives of Bill and Mirian Lee, who moved from Vancouver to Taiwan with their children to disciple university students in Asia, are one example of this process.

The call to discipleship

Bill and Mirian’s desire to disciple students first emerged at the Urbana missions conference in 1961. Before the conference, Bill had been involved with The Navigators as an undergrad student, starting in 1957. As a graduate student at the conference, he felt God calling him to bring his Navigator discipleship experience to university students in Southeast Asia.

In preparing for his doctoral degree, Bill decided to study physics after learning there was a shortage of professors with this specialty at Asian universities. He decided to return home to Vancouver and study at the University of British Columbia.

Not long after he and Mirian were married, Don Lawrie recruited them in 1964 to help establish the first Navigator student ministry in Canada at UBC. Over the next six years, the Lee home became the central focus point for the ministry as they led and discipled students through meals, studies and other activities. These first years of ministry provided the necessary foundation for the Navigator work in Canada that has now been running for more than 50 years.

In February 1970, the Lees felt it was time to begin discipling students in Asia.

When the Lees landed in Taiwan, Bill started teaching physics at Tunghai University, where he and Mirian established a Navigator student ministry. While hosting student groups in their home, Bill says their primary work was with two students they felt could become future ministry leaders. Over the next four years, the ministry went from a small handful of architecture students to 25 who participated in weekly Navigator studies.

In 1974, the Lees launched a summer training program to give students the opportunity to grow as leaders, as summer jobs were not readily available in the area. He offered this program to six student leaders he and Mirian felt were ready. They all accepted.

For the next three weeks, these six spent nearly every waking moment together, growing closer to each other and deeper in their understanding of discipleship. These student leaders became part of the ministry’s core leadership, and the love and care they exhibited towards those around them drew more students in. The group doubled in size, from 20 to 40 students, with 10-12 students participating in the now-annual summer training program.

When it came time for the first two student leaders to graduate, Bill says he saw an opportunity. “To see spiritual multiplication, you need to have the graduates come back,” he says. In order to deepen their experience in developing disciplemakers, Bill urged these two leaders to return and continue discipling those they had built relationships with as students. They both accepted, and their return initiated a booming chain reaction. 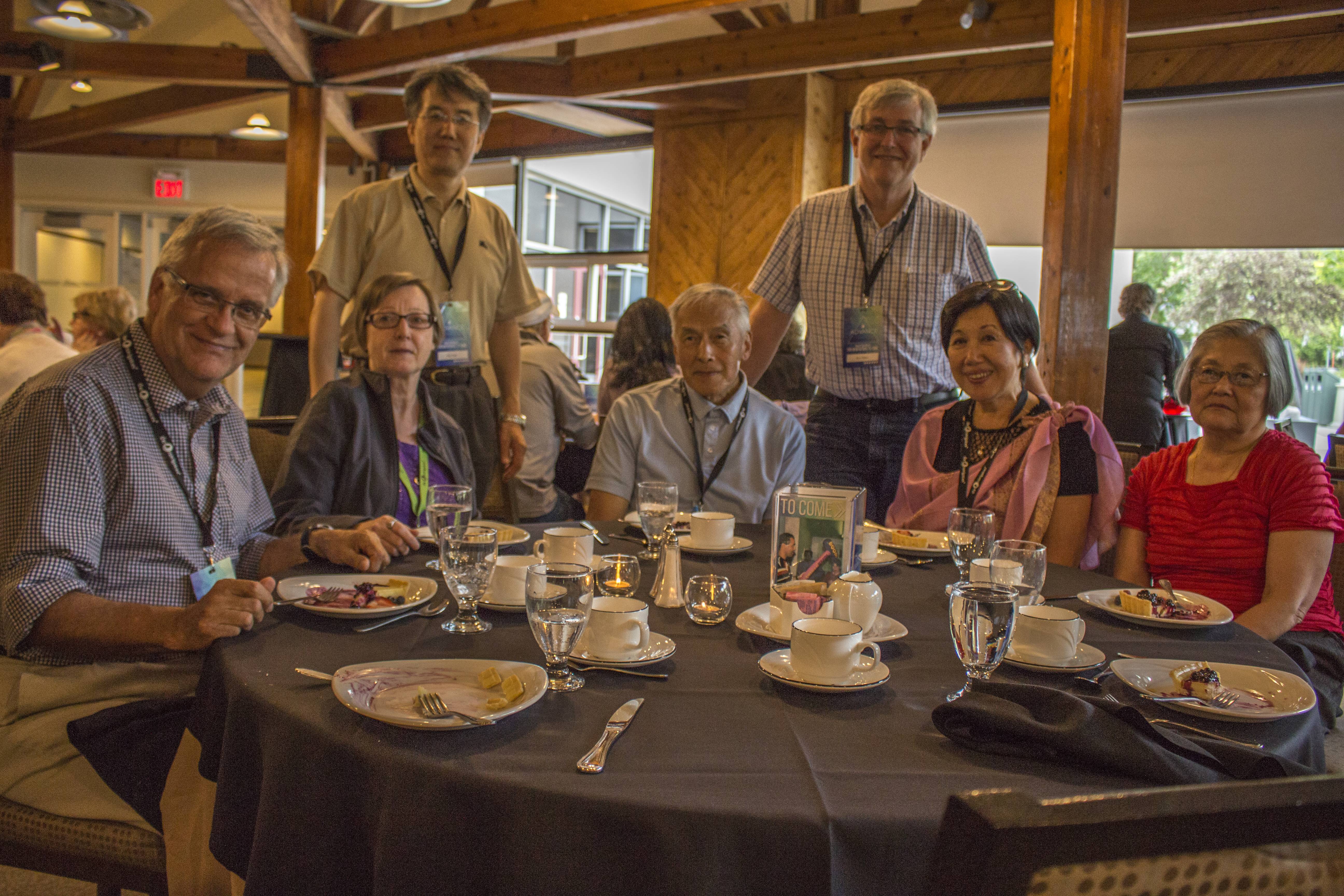 Now, rather than detracting from the ministry’s growth, graduating students were fueling the ministry’s expansion into the lives of more students. Those who returned rented apartments and invited students in their study to live with them. After a few years, Bill says they had more than 30 graduates living in 15 apartments and working among the students.

However, during this time the Lees also experienced tragedy when their daughter Stephanie died suddenly as Bill was co-leading a staff development program in The Philippines. The Lees returned to Vancouver for the funeral and a time of adjustment as they struggled through the grieving process. In the midst of their grief, Bill and Mirian knew they needed to return to Taiwan. When they left Vancouver, they were concerned for the future of the ministry. When they returned to campus, they found the ministry running as it had been before, with many of the leaders having stepped up in their absence to lead and serve full-time in the ministry. Seeing the Lord’s provision in the commitment of their leaders, Bill says it was not difficult to continue leading the ministry, even as he and Mirian were mourning Stephanie.

In 1990, Bill and Mirian left Taiwan to return home and care for their aging parents. What they left behind was a thriving, self-sustaining ministry. Seven ministry teams worked with more than 150 students in weekly studies. Each year, between 20 and 30 students were baptized in the university church. Overall, more than 15 graduating students volunteered for full-time missions or church ministries in the 20 years the Lees served at Tunghai University.

Bill and Mirian’s desire to remain involved in the lives of those they had discipled led to the creation of an alumni ministry. For the past 26 years, Bill and Mirian have made biannual trips to Taiwan to visit with, encourage and equip the Tunghai alumni in their discipleship efforts, including the original six student leaders from their first summer training program. Now, more than 40 years later, they are all actively living out the Navigator vision as writers, architects, pastors, professors and more.

Dr. Mao-Jiun Wang is one of these original six student leaders. After his involvement with The Navigators at Tunghai University, he continued his academic career and eventually returned to Tunghai University as the school’s president.

“God has given us an unusual situation,” Bill says, “where we have a Navigator-trained president of a university [and] four churches in Taichung with over 8,000 members pastored by Tunghai University alumni. Three of [these alumni] were Navigator staff. Our prayer is to recruit these four churches to come back on campus and begin discipling the [17,000] students [attending now].”

Through such seemingly simple acts as opening their home and spending time with the few students they had at the beginning, the Bill and Mirian equipped them to become disciplemakers. As the Lees and these students continued to lead and disciple over the next 20 years, spiritual generations began to emerge. Now, these Navigators are poised to influence the lives of 17,000 students and many thousands more throughout Taiwan.

From that first call at Urbana to the present, the Lees have served with The Navigators for 52 years. At the 2016 Navigator Advance conference, Bill was introduced as “a man who embodies the [Great] Commission of discipleship over generations.” Against an illuminated backdrop of blue, purple and yellow, he took his place, looked out at the audience of nearly 200 people, took a deep breath and began his story, from that first step in 1970 all the way to the present.

“Spiritual multiplication is what drew me to the Navigators,” he says. “It was inviting, challenging and it really works.”