My Friend Rodrigo - A Labourer for the Gospel 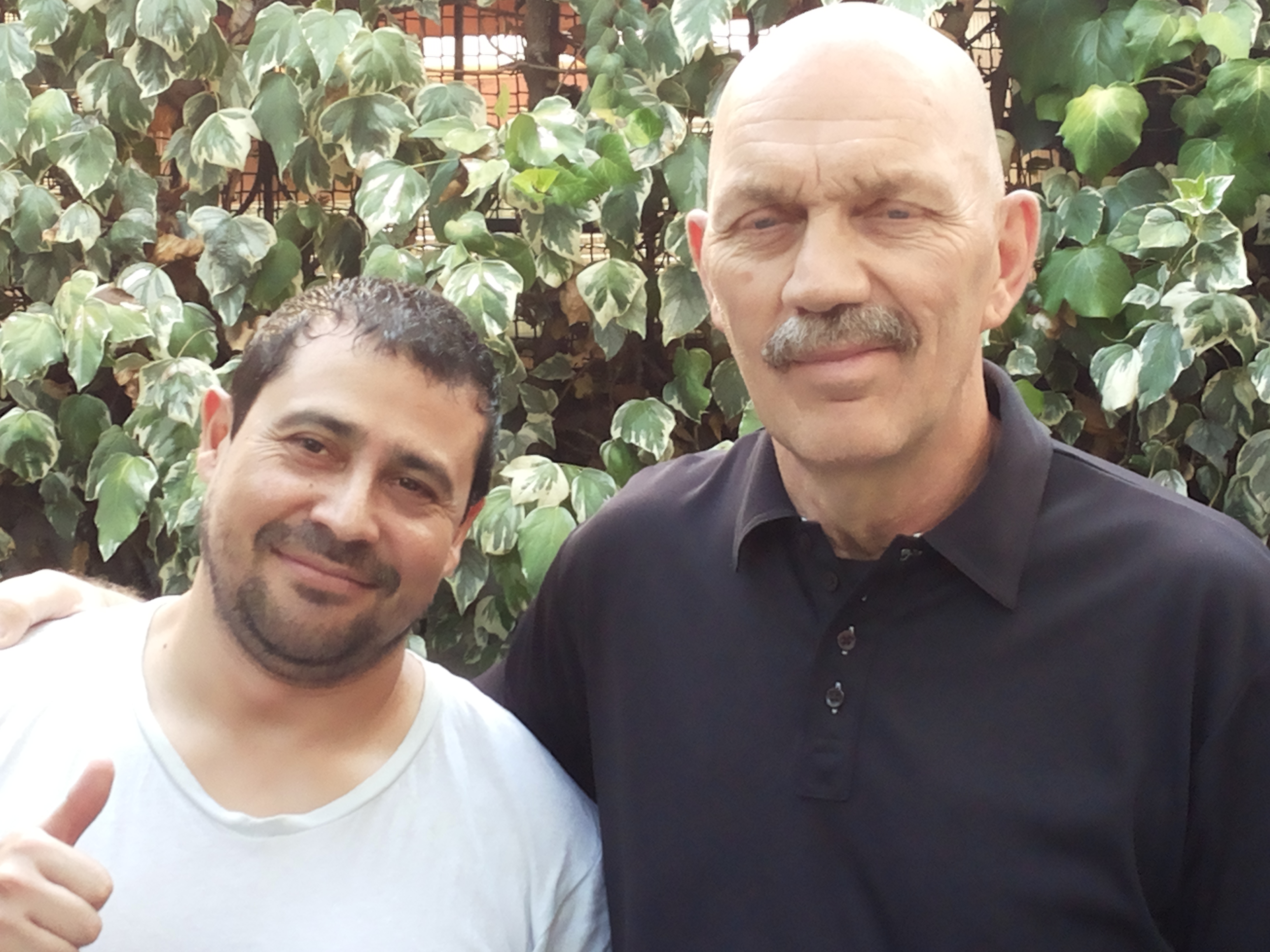 On September 11, 1973, Chile experienced a coup d’état when the democratically elected government of Salvador Allende was overthrown and replaced with a military dictatorship led by General Augusto Pinochet. This regime enacted a severe policy of persecution and suppression against political parties and dissidents, resulting in nearly 3,000 people killed or missing, thousands of prisoners tortured and approximately 200,000 people forced into exile by the end of the regime in 1990.

During this time, Rodrigo was born into a poor, but devoutly communist family who actively opposed the military dictatorship. Rodrigo’s upbringing was tough as he lived in this environment, rising quickly in the ranks of the anti-government underground. His role in this movement eventually led to his imprisonment.

Prison is a jungle in most Latin American countries, where survival of the fittest reigns supreme. Rodrigo was only 18 years old at the time and didn’t stand a chance against the tough and hardened criminals he was in with. However, during his time in prison there was another group of men locked up – political prisoners. These men took Rodrigo under their wings and protected him from harm.

One day, Rodrigo got a lucky break. A well-known human rights lawyer took on Rodrigo’s case, and one year later he was pardoned and released. He married his girlfriend, a young woman who shared his political convictions and visited him faithfully during his time in prison. Together, they started a family and he began to re-direct his energies from political opposition to philosophy, studying the values he wanted to build his family on.

I first met Rodrigo 20 years ago when I moved from Canada to Chile with my family to be involved with the Navigator ministry in Chile’s capital, Santiago. Previously, I had worked with the Navigator campus ministry in Vancouver for several years before transitioning to Toronto, where I directed the Navigators’ national office ministry. After nine years, as my wife Ruth and I were sensing God’s call elsewhere, we remembered our desire to work overseas with The Navigators. Through the Lord’s leading, we partnered with close friends of ours who were already living in Chile and soon found ourselves there.

When we moved to Chile in the mid-90s, we were committed to reaching Chileans with the Gospel and initially started building foundations of friendship and trust. However, Chileans are suspicious of people they do not know well. This is in part a consequence of the hard years they spent under the dictatorship, when they were not sure who was on their side. This suspicion has meant the process of building trust has taken a long time.

When Rodrigo and I first met, he was 23 years old, married with two young children and studying to be a school teacher. He worked nights as a concierge at an apartment complex while studying at university. During those long nights, he philosophized about and wrote down the values upon which he hoped to raise his family.

During our first few meetings over coffee, I used an approach that had worked well when I met with Canadian students to help inform their thinking on morals: I gave Rodrigo Bible studies to help him start on basic discipleship. He did not bite. I would give him a Bible study one week, but when we met together the next week he would make no mention of the study. Over time, however, he started reading and studying the Bible on his own. Through discipling Rodrigo, I found the Canadian approach of an academic Bible study curriculum did not translate well into the relational culture of Chile, where getting together and sharing what God was teaching us meant more than working through study materials.

His love of philosophy and my basic Spanish when we first met proved to be a challenge for me. Listening to somebody explain restaurant menu items in Spanish was one thing. Trying to grasp what Rodrigo was saying as he expounded on Greek philosophy was something else entirely! But God was at work. He had brought us together, and kept us together as we continued to meet regularly on campus. We slowly built a friendship as Rodrigo shared his philosophy with me, while I shared some of the Scriptures with him. As I walked home from campus on many occasions, I puzzled over my interactions with Rodrigo, wishing he could see how becoming a follower of Christ was what he was searching for.

It wasn’t until about 10 years ago that I discovered the impact our family had had on Rodrigo. We lived about a 10-minute walk from campus, and occasionally I brought him to our home for lunch. During one of those lunches, Rodrigo asked our children if they shared the same faith as Ruth and I. Hannah, Luke and Joey all engaged with him in conversation, each one identifying in one way or another with Jesus. One of them grabbed their favorite Illustrated Bible to show him what they liked to read. Rodrigo sat there, disillusioned with the failure of communism, groping for a new direction in life and searching for values to instill in his own children. Spending time with our family and observing us as we pursued a common vision of following Jesus left Rodrigo deeply affected. 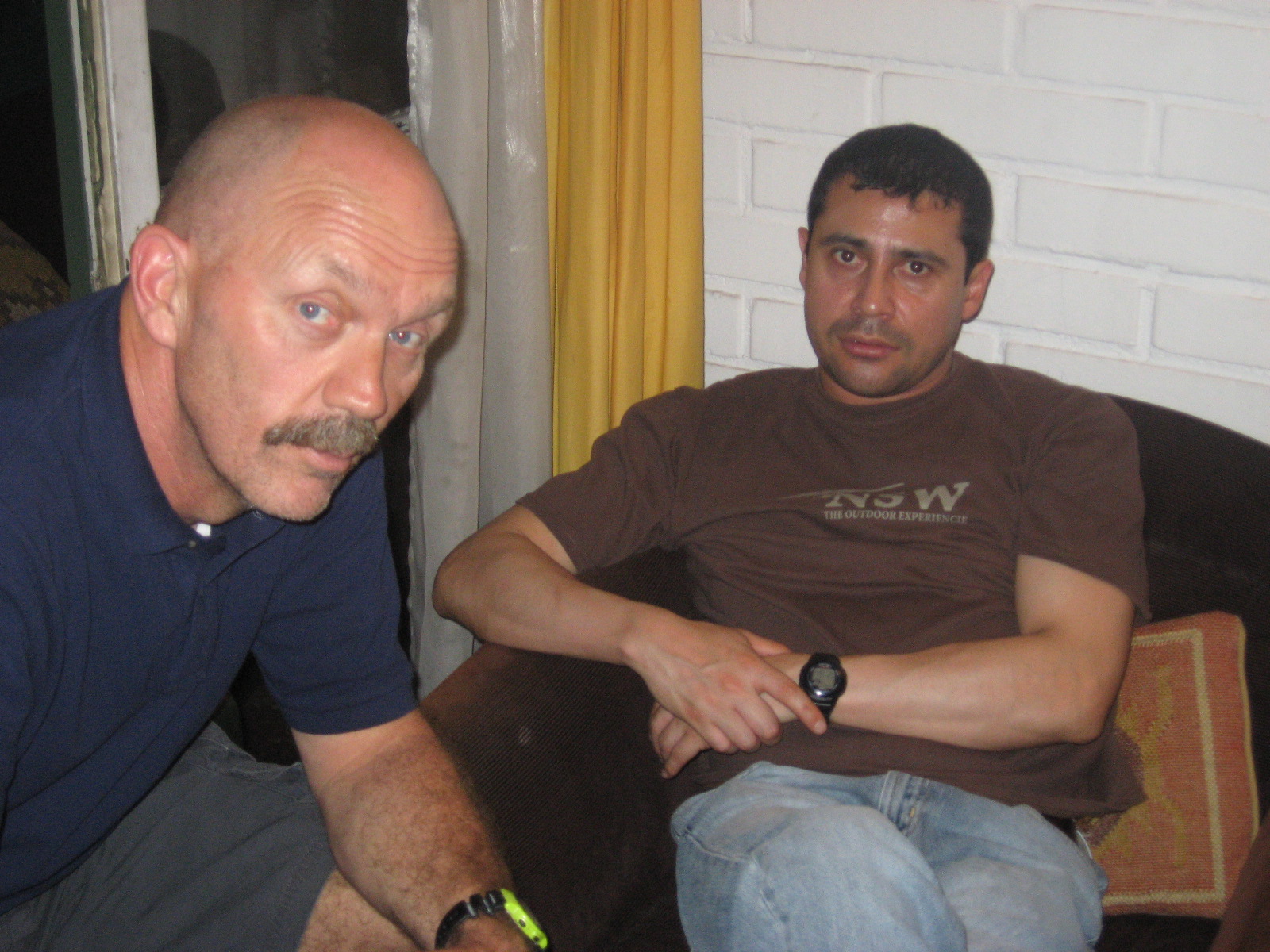 But there was one more experience Rodrigo needed to have before he made the leap of faith for himself. One day, while returning home on the subway, Rodrigo was overcome with a strong sense of oppression. He got off the subway and decided to walk the rest of the way. At one point, while passing a church, he cried out to God. The weight left. God had clearly spoken to him, so he called me, as I was his only contact when it came to spiritual matters. We got together in a city park and I went through the Gospel with him again. Later, when he was alone, Rodrigo told Jesus he wanted to follow him, a decision that set his life on a new trajectory.

Today, Rodrigo continues to walk with Jesus and is my closest friend and labourer in Chile. He has helped a good friend come to faith, is discipling his teenage daughter, leads men in Bible study and is a key member of our Chilean Navigator leadership team. Rodrigo has experienced pain and hardship on his faith journey, but allowing the Lord to mould his character has enabled him to persevere through thick and thin.

Now, Rodrigo is preparing to relocate to another city in northern Chile with the goal of carrying the Gospel there and expanding our work beyond the capital city of Santiago. Our calling as Navigators is to advance the Gospel of Jesus and His Kingdom into the nations through spiritual generations of labourers living and discipling among all people. Rodrigo has that calling on his heart. My prayer is that in the years to come, Rodrigo will see the Lord fulfill his promise to multiply the influence he has on his community, as seen in Isaiah 60:21-22 – “They are the shoot I have planted, the work of my hands, for the display of my splendor. The least of you will become a thousand, the smallest a mighty nation. I am the Lord; in its time I will do this swiftly."

Our goal in Chile has been to reach those who are far removed from the institutional church and who will likely never step inside a church to hear the Gospel. It is a long, slow process of bringing people to a place where they begin to investigate who Jesus is, put their faith in him and begin to live out their faith. It requires committing to unconditional friendship with them, regardless of how they respond to the Gospel. Despite the differences we’ve encountered and adapted to between Canada and Chile, this relational approach to discipleship has remained consistent.