An informal dynasty: How the Speidel family has influenced UBC 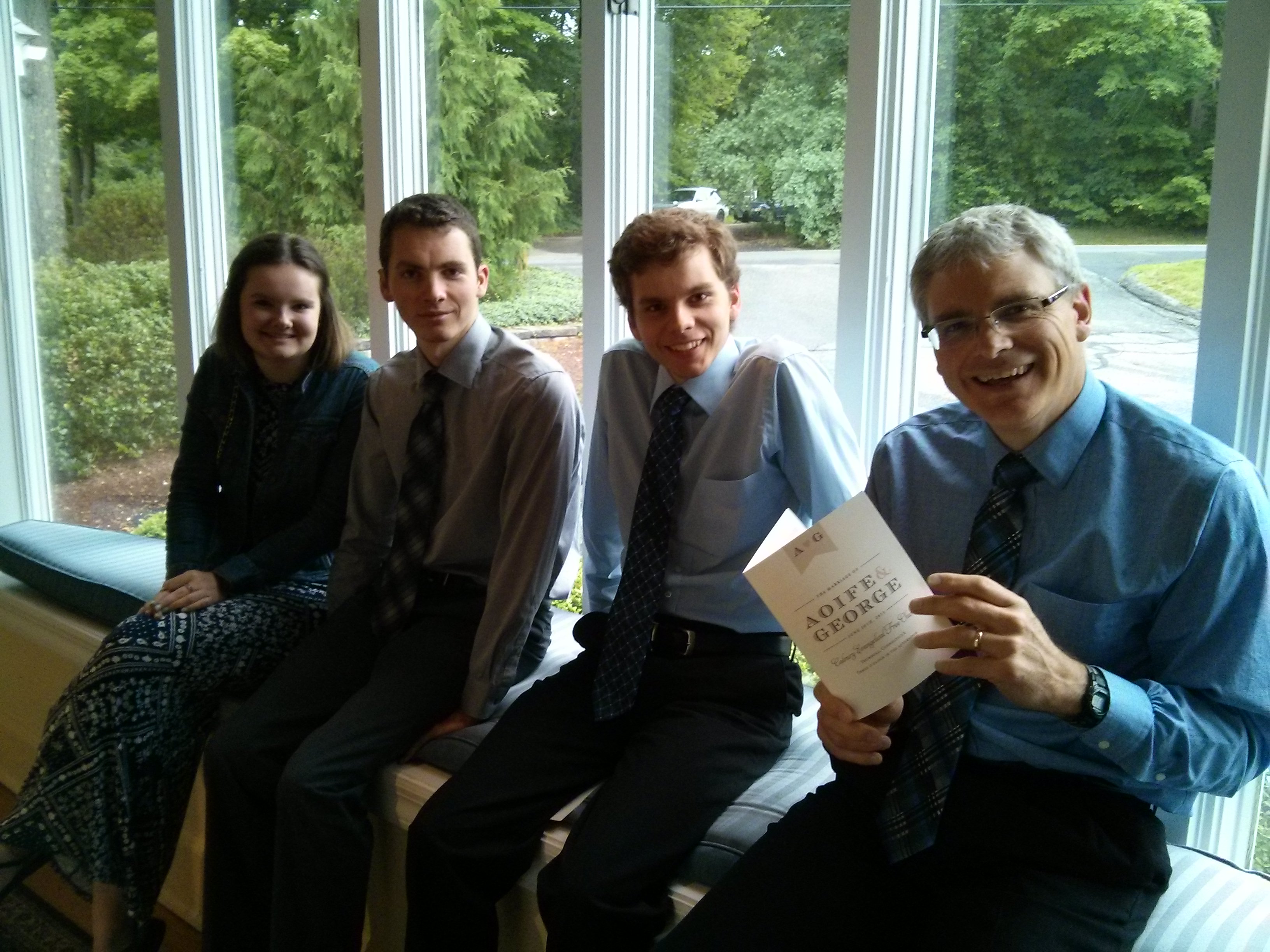 Since 2006, the Speidel children have served as residence advisors during their time at the University of British Columbia, following in their father’s footsteps to positively influence the culture on campus.

This informal dynasty began in the early 2000s, when the Student Housing department at UBC realized they needed to improve their annual Residence Move-In day for the thousands of newly-arriving students. Among the hundreds who volunteered was 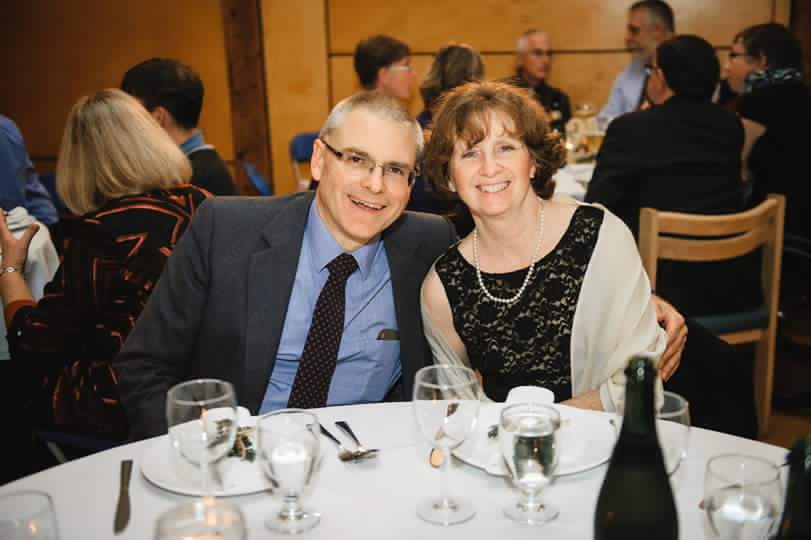 Richie Speidel, a former residence advisor from the 1980s and the Navigator campus leader since 1990. He says a major lesson he learned in those first years on staff was that “doing ministry on campus is not just sharing the Gospel. It’s also about being valuable members of the community and making a contribution to campus life.”

The call from Student Housing about Move-In day provided this opportunity, he says, to “socialize with people, help them feel 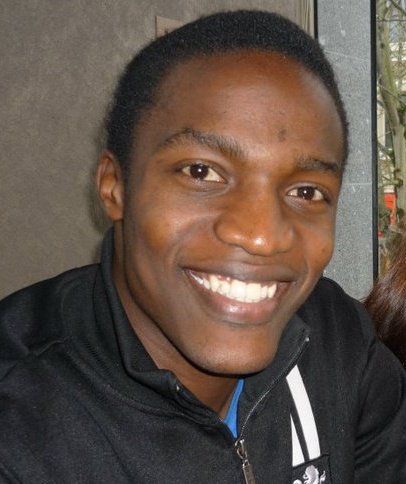 at ease, help them carry stuff into their rooms [and] answer questions they have. It’s one of the ways as Navigators we thought we would serve into the campus.” Kanaiya Mutua, who was involved with the Navigator group as a student, says "being an RA and using the connections he made while as a student helped him become instrumental in leading the Navigators [on campus]."

Since then, Navigator students and the Speidel family have been doing what they can to help make the transition to university as pleasant as possible. In 2006, Richie and Sandy’s eldest son Brad began his studies at UBC, and by his third year had been selected to be a residence advisor. Brad served as an RA for two years, and later, his younger brother Jason joined. This year, the youngest of the Speidel children, Emily, began her stint as an RA as well. 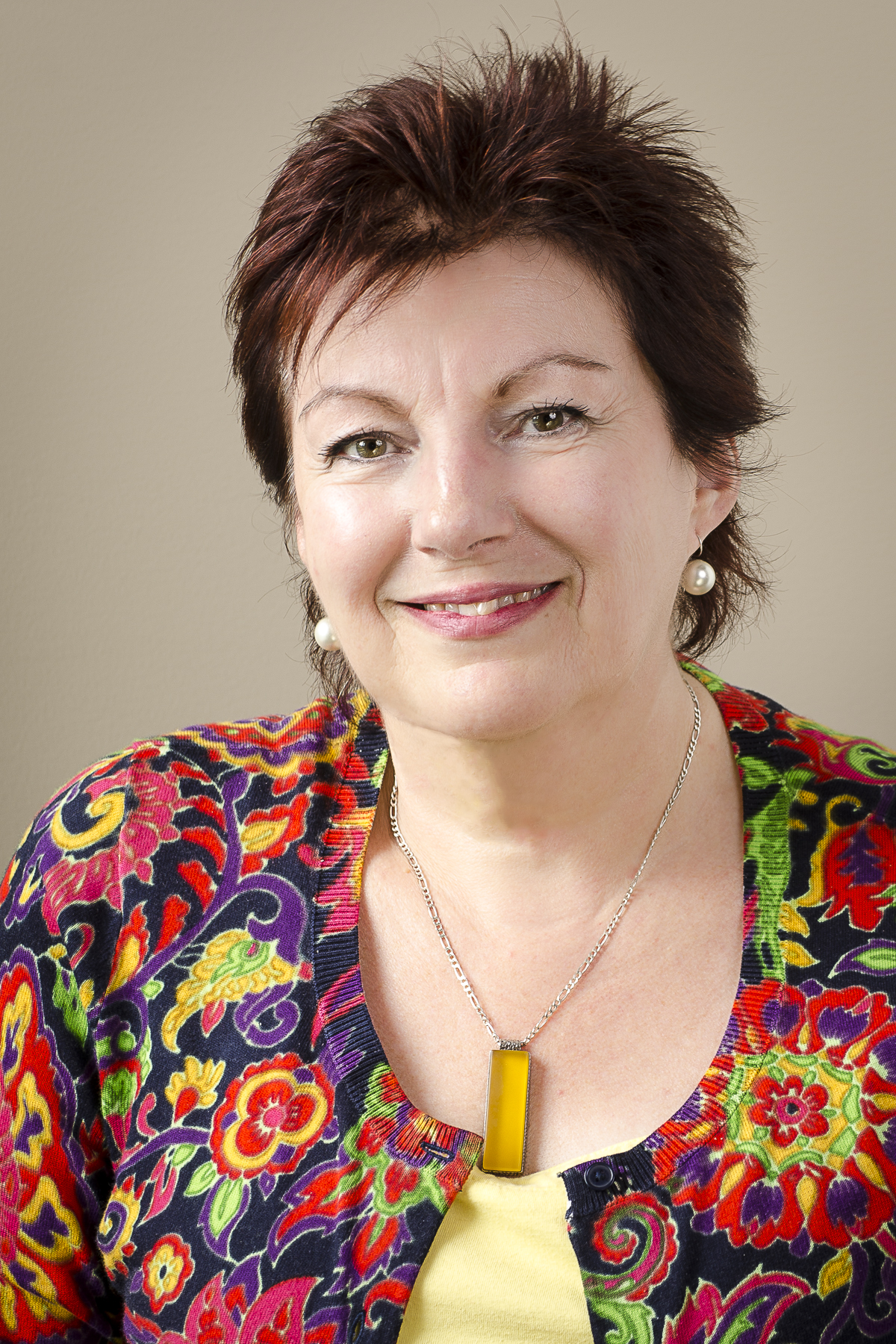 Janice Robinson, the Director of Residence Life at UBC, says “residence advising is quite simply the Speidel family business.” Incidentally, it was also in residence that Richie first met Don Passi, who was part of a six-person team that traveled out to Vancouver from Ontario with Don and Shirley Lawrie to open the first Navigator student ministry at UBC. When they met, the team was doing a survey in residence trying to gauge how much experience the students had with Christianity. “That was a time when a lot of students had some kind of background,” Don says, “but maybe didn’t know what it meant to have a personal relationship with Christ.” After indicating his interest in learning more, Richie and Don kept in contact, and as Richie grew in his learning of Jesus through a one-on-one Bible study, eventually came to a point of committing his life to Christ. 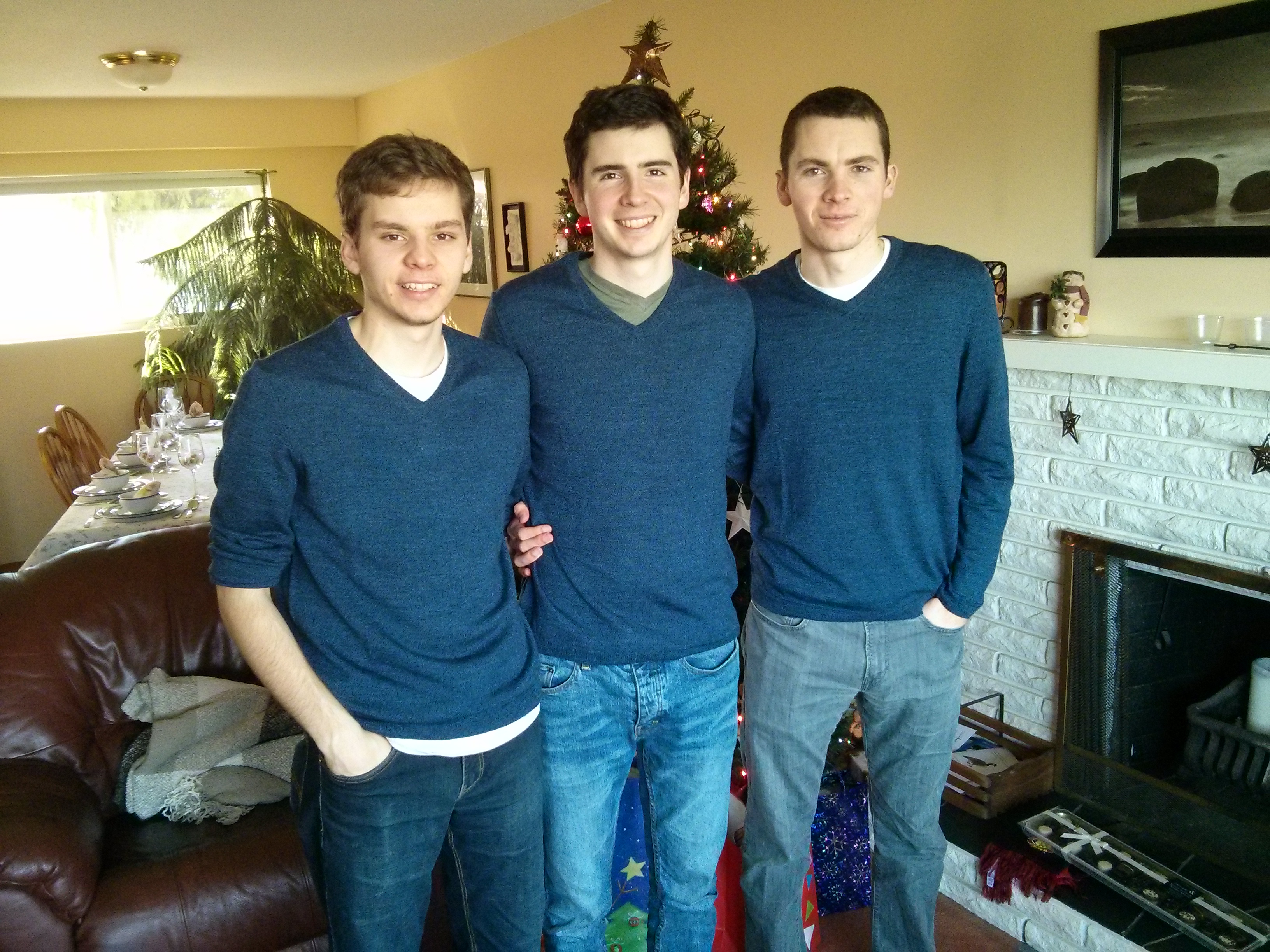 When his oldest son Brad was an advisor, Richie says it created the opportunity to host Bible studies in residence with some of the advisors Brad knew, something he says would not have been possible had Brad not been in that position.

The next Speidel to enter the RA ranks was Jason, who served for four years. At the end of his time in residence, he received the Mary Risebrough Award for outstanding academic achievement and a consistent ‘above-and-beyond’ work ethic in residence. When he received the award, Janice says “a room packed with 200 residence staff spontaneously jumped to their feet, shouting and cheering, offering Jason a heart-felt standing ovation. It was apparent this young man had touched many, many lives over his few short years at UBC, earning both his colleagues’ and managers’ respect and affection.”

Emily, the youngest of the Speidels, began as an RA in September, and has already begun leading a Navigator Bible study in residence. It started when two girls across the hall from her learned that she was a Christian, and asked if she would be willing to lead a Bible study in the residence. When Emily approached her senior advisor about this, she was supportive of the idea, saying if Emily “feels it’s filling a need in the community, then go for it.”

Through their involvement in residence, the reputation of the Speidels has also opened doors for The Navigator ministry on campus. When Janice was starting out at UBC as a residence manager, her first encounter with Richie was when he called to arrange space in residence for Navigator Bible studies. By then she had already been hearing stories about the positive influence he had been as an RA. This set the stage for the joint effort between Student Housing and The Navigators to host Bruxy Cavey as a speaker in residence on numerous occasions. “I was grateful to Richie for helping me bring speakers like Bruxy Cavey who would offer a different lens,” says Janice, “challenging students to think about character, healthy relationships, diversity, caring for others and making good decisions.”

However, advising is not the only area that’s seen the Speidels’ generational impact. Ryan Speidel recently joined The Navigators as an associate staff, partly from having grown up in the ministry and also because of his desire and passion to see people grow. “I coach a lot of soccer,” he says, “and so my natural instinct is to encourage people and see them grow to be the best they can be. [It’s] not so much about the end result but more about the process of growth.” 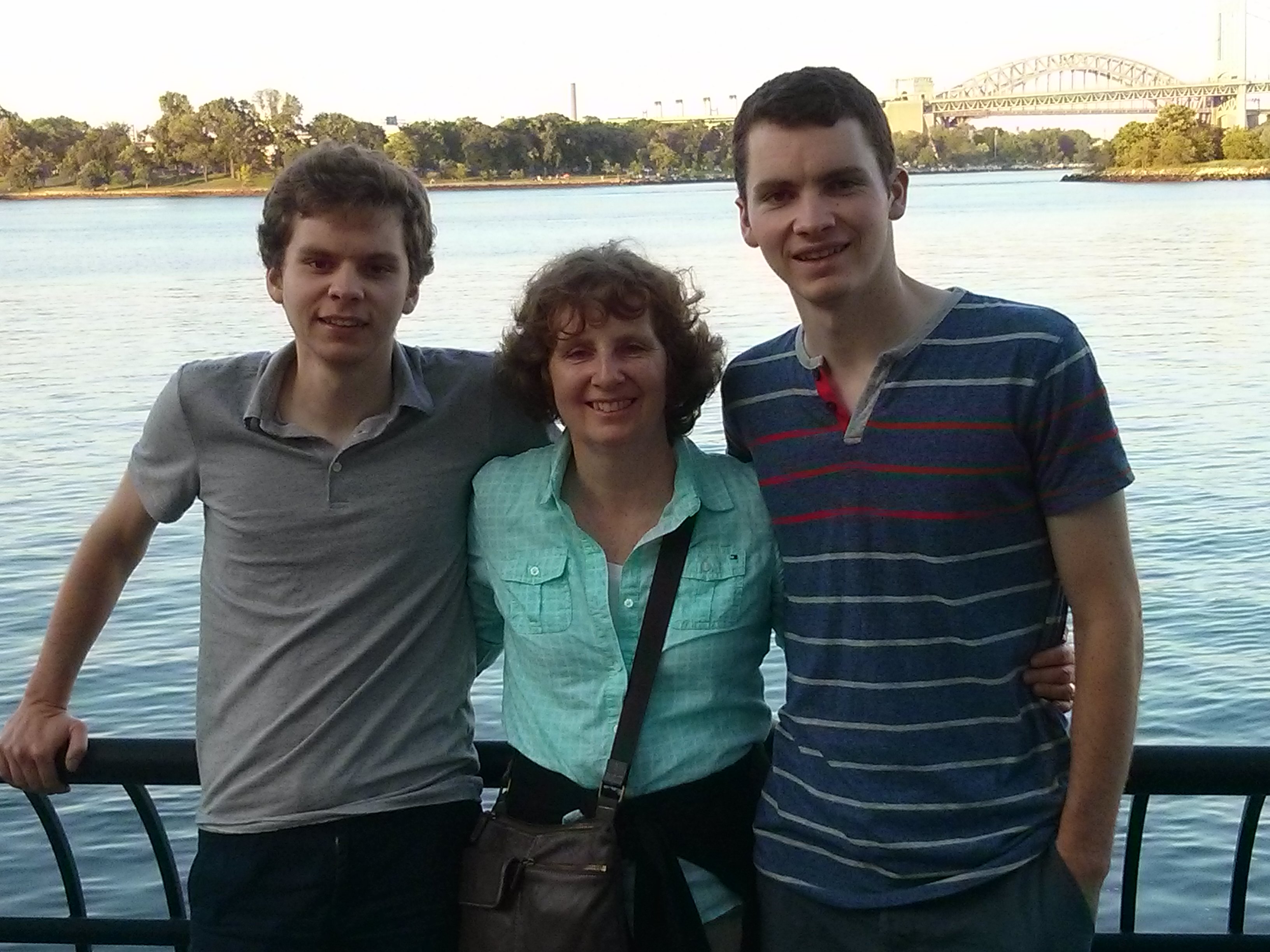 Similarly, in his work with The Navigators, Ryan has opportunities to sit down with people to talk about their needs and how he can help. “It’s funny how often the answer to that is through a relationship with Jesus,” he said with a chuckle. “I think oftentimes we don’t see that we have all these needs in our life, and it all traces back to our relationship with Christ.”

One example of this was of a student who came to UBC from China, and who’s been with the UBC Navigators for three years now. “He [came] from a totally secular background and found a place of belonging with the Navigators and came to accept Jesus," Ryan says. "To see how it has influenced the way he interacts with people and the way he views himself, I think he sees a lot more value in himself now as an accepted person rather than someone trying to earn acceptance.”

This one-to-one and relational style of ministry is the most effective for reaching students in residence, Emily says. “I find it difficult to have helpful and honest conversations about God without there being some sort of relationship there already. I know it’s a Navigator thing, to work relationally with people and walking through life with people, but I think it’s equally as true in residence and working as an advisor. If you engage with people in their lives and they feel you’re invested in them, they’re much more open to reaching out to you.”