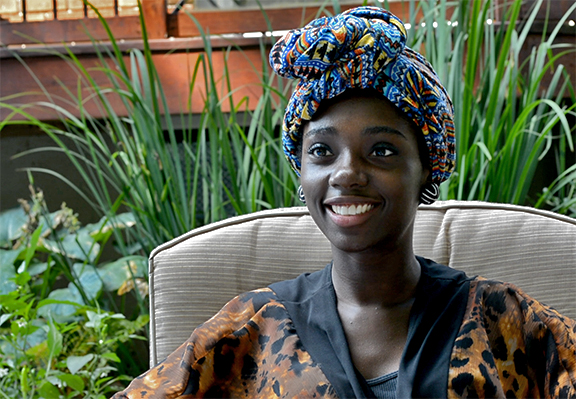 It’s a warm August morning in Waterloo, ON. A cool breeze ripples through the trees, ebbing and flowing like waves on the seashore, carrying with it the sounds of Huey Lewis and the News’ “Power of Love,” along with a medley of other Back to the Future-esque songs from the neighbours a couple houses down. As the birds chirp and the cicadas buzz, I focus my attention on the young woman sitting across from me.

Her name is Jessikah Kumordzie. A recent graduate of the University of Waterloo’s political science program, she has, for the last two years, been working with Life Change Adventures to effect positive change in the hearts and minds of youth living in Waterloo’s low-income neighbourhoods. 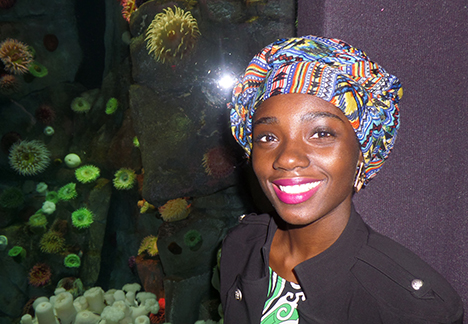 This caught my attention. Why has she decided to dedicate two, possibly more, years of her life to helping and inspiring the youth in these communities, most of whom would be overlooked by the rest of society?

As it turns out, the answer to that question is tied directly to her faith. Growing up in a Christian home, she says her experience of God was contained to church on Sundays, reading her Bible and doing a myriad of other religious activities. “I wanted to get away from that and do whatever I wanted to do and not be bombarded with what my parents or people in the church were telling me [about] how I should live my life.” This desire for freedom played a crucial role in her decision to attend the University of Waterloo, where she says she fell away from church in favour of hanging out with friends, meeting new people and partying.

Around this time, Jessikah also had a friend who was persistently inviting her to church, despite Jessikah’s refusals. Eventually, Jessikah decided to attend a service one summer Sunday, “and that’s where I would say my relationship with Christ really and truly began.”

Over the next two years, Jessikah continued to grow in her faith, aided through one-on-one meetings with her youth group leader, Rebecca Ferguson. In September 2013, she met Jeremy Horne, founder of Life Change Adventures, through her friend Priscilla Owusu-Amoah who was already volunteering with LCA. Since then, Jessikah has been involved with LCA as a Youth Engagement Co-ordinator, working with middle-to-high-school-aged youth through the Sunnydale Connect program.

I ask her about Life Change Adventures and what it means to her. Inevitably, most of the answers I get to this question begin with either ‘it’s an adventure,’ or ‘it’s life-changing.’ Jessikah’s answer was different. “LCA is a place where you matter,” she says. “[It’s] a place where your dreams matter and where community happens, where you’re able to connect and create life-long relationships you would have never thought of or imagined. [It’s] community, and when I think about community, I think about people doing life together and supporting one another, uplifting and encouraging one another.”

She thought about it for a moment, her eyes looking off to the side as she thought back to two memorable instances. “We try to incorporate community service into our weekly seasonal sessions [with Sunnydale Connect]. As part of giving back, our youth participate in seasonal food drives. The last one we had, we split up into a few groups and went into different communities. And you know, a food drive is not the most exciting thing in the world, but once they get into it, they really get into it. They went at it slowly at the beginning, but then they picked it up and turned it into a competition. It wasn’t even about how much food they could get, but it was being able to do that with their friends and talk with people in the community, who were so friendly and welcoming to them. At seven o’clock in the evening, that’s how they’re spending their time, collecting food so it could go back to their local neighbourhood and community. This was their way of contributing and giving back.” 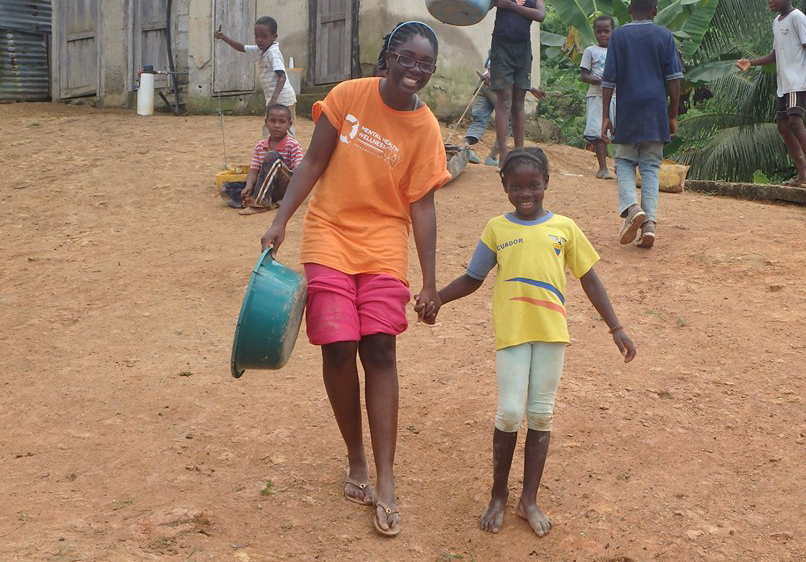 She pauses for a moment before beginning her second story. “I’ve done Ride for Refuge with the Connect youth for the last couple years. It’s not always the best weather; we’ve had hard-hitting rain, strong winds, one year there was a bit of hail. They’re battling through all these different elements, and you have the 25K or 50K option. That’s at least two hours for the 25K, and you’re looking at four to six hours if you’re doing the 50K. And here are these youth who want to take it on and they’re not making excuses, they’re all into it even though they may not necessarily realize how much they’ll have to endure doing that long of a distance.” A smile creeps across her face as she tells the next part. “There were moments when we had to go uphill and some of the youth wanted to stop, but then some of the youth were encouraging and cheering them on, or even, when they got to the end of their route, some went back to cheer on and encourage their friends who were doing the longer distances.”

"Really and truly so many layers"

With LCA’s focus on effecting positive change in the lives of youth, it can be difficult to know for certain if the work is succeeding, as it may take weeks, months or years before results are realized. “So what keeps you involved with this?” I asked. “For me,” she says, “my faith is something that really drives me to do what I do and invest in the people in my life.” 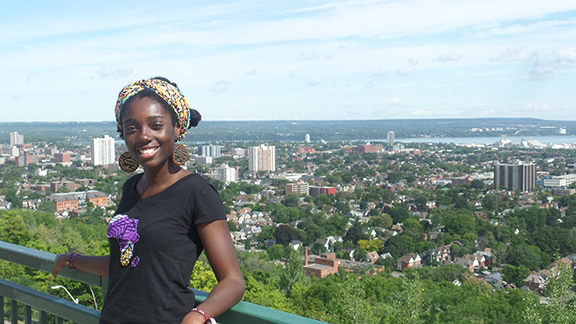 When I asked her about how she incorporates her faith into the work she does with LCA, she says it’s tricky, that there’s “really and truly so many layers.” She went on to explain that “a large part of it is a demonstration of Christ’s love in my life, and then in turn pouring that out on the youth. In those ways of demonstrating love or selflessness, it opens up the possibility of having those conversations [about faith].”

She pointed back to a previous conversation she had with two of the youth she works with through the Sunnydale Connect program. “I was a little overt about my relationship with God, and they had asked me a question and I said, ‘because God told me.’ They were like, ‘Whaaat?’ When that happened, they all of a sudden had these questions. They weren’t standoffish or against the fact I believe in God and am a Christian, they were curious and open. It was really cool to have an open conversation and see how that connected to who I am with them and what I do with them and in their lives.”

Throughout the time we spent talking together, I found myself distracted by Jessikah’s multicolourful head wrap. With its vibrant orange, yellow and blue patterning, it stood in stark contrast to her dark complexion and stylized leopard print shirt. I asked her about it and she told me that in Ghana, where her parents emigrated from in the 1980s, these head ties or wraps are called ‘Duku’. While they can be worn during the day-to-day, she also says they can be big and bold statement pieces, usually worn at functions “like weddings, parties, anywhere you have a reason to be dressed up really fancy and really nicely.” 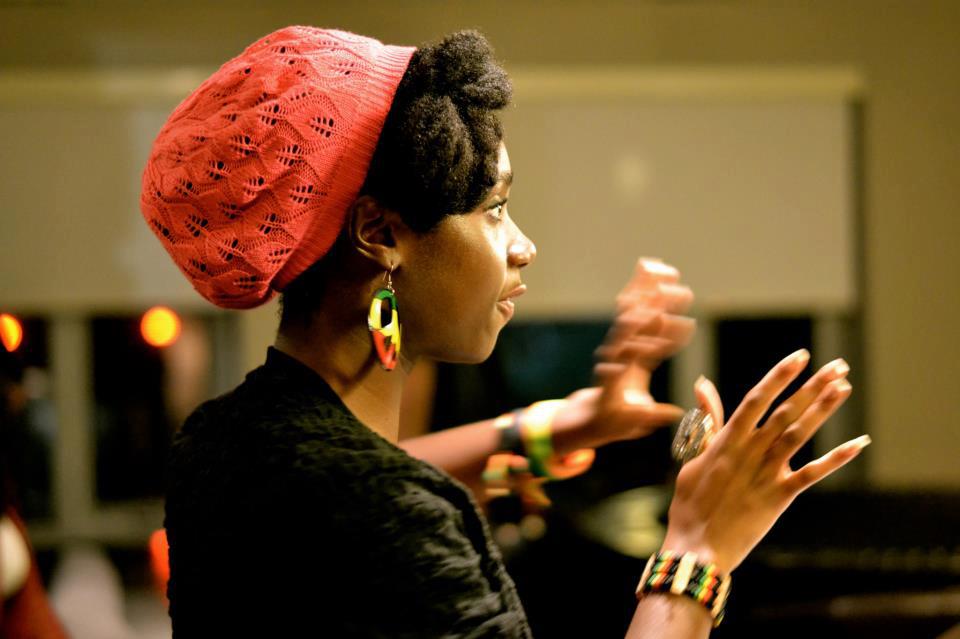 I thought about this as we packed up and headed over to LCA’s 5 Fun Days camp. Normally, and especially on a hot day like this one, day camp staff and volunteers don’t dress up. Comfort reigns supreme, and for good reason when you need to run around with exuberant children. But in the midst of all this, her decision to wear this head wrap speaks volumes. It shows she is serious and wants to go beyond the normal standards. Even if the children have no clue about what it means, it’s a way for her to subtly demonstrate the care and love she has for them. Wherever I look, I see the same quiet and unassuming dedication from each LCA volunteer, whether it’s tossing paper airplanes together or cutting hundreds of watermelon slices for snack. Combined, these efforts serve one common goal: to ingrain within each child the knowledge they are loved and valued.