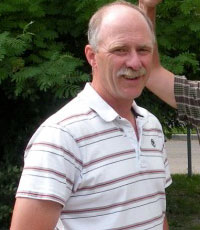 On September 1st, Robert joined the Navigators Staff on a part –time basis to launch a campus ministry at the University of Saskatchewan in Saskatoon.

Robert is married to Ruth Ann and has 3 grown children, one of whom is studying at the U of S. Robert pastored a church for several years and has a wealth of ministry experience and following a meeting with Eric Stolte in Jan 2011, he began a process of seeking God about his future ministry contribution which has led him to this point to co labour with us. Those of you who attended CSI in Canmore this year met him.
He is joined at the U of S by Noah and Kim Parsons, Nav Alumni.