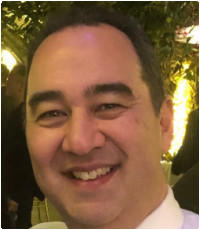 Kenji was discipled for two years through a campus ministry when he was a student at Western. Those years of spiritual input have shaped his life, including his career. Outside of work, Kenji enjoys spending time with his wife and two daughters. He is also a sports enthusiast, keeping active and cheering on his favourite teams, including the Toronto Blue Jays.

In October 2020, Kenji rejoined The Navigators of Canada in the role of Senior Development Officer after six plus years in development roles at Western University, including Ivey Business School. Prior to working at Western, Kenji was on staff with The Navigators for over 16 years. During that time, he worked primarily as a Campus Staff Representative, initially on the UW campus in Waterloo for two years before moving to London to work on the Western campus. From 2001-2013, Kenji also worked with medical and dental students at Western through CMDA (Christian Medical and Dental Association) as part of his campus portfolio.

What Kenji enjoys most about his role is going on calls to meet donors to build relationships with them, and meeting with those who want to learn more about The Navigators of Canada.