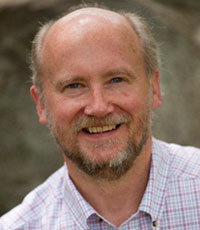 My spiritual journey began as a university student, and grew as I went through university. (This is why I so strongly believe that it is vital we continue finding ways to reach this upcoming generation of students - they are the future.)

Through the influence of a pastor, and the Christian Ed. director of our church, I, along with Marion, became convinced that we needed to learn as much as possible about disciplemaking, and investing in people - one on one. Thus began a journey of learning, growing, and discovering ourselves and who Jesus wants to be in that process.

First we volunteered with The Navigators, then joined staff in 1980. After serving for 7 years in Buffalo, NY, we moved to Canada in 1987, began a ministry at the University of Saskatchewan and subsequently I was loaned to the Evangelical Fellowship of Canada for 5 years to facilitate Pastors Prayer Summits across Canada, then returned to being Prairies Director for The Navs.

In 2004 I was asked to be the National Director for The Navigators of Canada, and so we moved to London Ontario. For ten years it was a privilege and joy to serve our staff across the country and around the world in this role.  Now, as Past-President, I'm enjoying serving The Navs through local initiatives and on the International Navigators task force on Poverty, Corruption and Injustice.  Marion's assignment is serving as an International Fundraising Coach under the leadership of Scott Morton as well as locally investing in people.  God is at work - 'advancing the Gospel of Jesus and His Kingdom into the nations, through spiritual generations of labourers living and discipling among all people'.

Marion and I have 4 adult children, and 7 grandchildren, spread across North America.