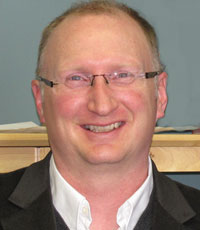 My Story
Finding faith as a teenager in the 1980’s I headed off to university with a desire to make sense of it all. It was during university that I experienced a profound sense of community with others who were similarly working out their faith and I met the Navigators and got my first glimpse at people who were committed to walking with people along their faith journey. Somewhere along this journey God gave me a desire to invest my life in other people and I became actively involved in campus, camp, youth, music & small group ministries. After graduating from the University of Western Ontario, I was invited to join Navigator staff as a staff accountant at the Canadian National Office in London. In 1998 I took on a leadershp role as the Director of Finance and have served on the Canadian Nav Leadership Team since 2000. In 2005 I received the Certified General Accountant (CGA) designation.

Current Assignment
I am currently focused on giving leadership to the Navigator mission and movement out of my portfolio as COO – Chief Operating Officer and as a member of the National Movement/Leadership Team.

I would greatly value your financial partnership in the Navigator mission. To do so, you may donate online or call 866-202-6287 (Canada only).