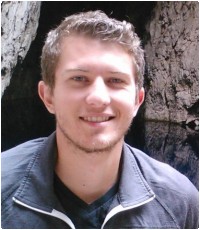 After having just graduated from Carleton University with a combined honours degree in Journalism and Political Science, Carlos is very excited to join the Navigators team as an intern working in the jungles of Ecuador. After connecting with the Navs at the beginning of his 3rd year of university, Carlos quickly realised it was exactly the environment he had been searching for. He signed up for the Navs missions trip to Ecuador a few weeks after meeting Chris Barrett, the head of the Navigators staff in Ottawa, not realising how much it would change his life.

Two years later, and after a second visit to the beautiful people along the Onzole River, Carlos is ready to act on the passion God has laid upon his heart. With an incredible and devoted team of supervisors supporting him through the entire process, Carlos is looking forward to advancing the Kingdom of the Gospel and working towards the development of a community he has come to love, and in turn have them help him to develop into the man God has intended him to be.