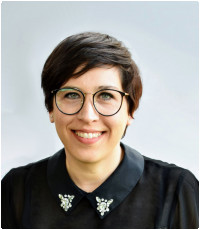 Amanda is married to Jamie and has 4 young children. In her spare time, she loves to spend time with her family, sit down with a good book or play a game of ultimate frisbee.

Amanda grew up in Guelph as the oldest of 4 children. She moved to Hamilton to do her undergraduate degree in Linguistics at McMaster. During her undergrad years, she came to know Jesus personally, which changed the direction of her life. Instead of going into speech therapy, she followed God’s call to disciple people in Hamilton. She meets one-on-one with students at McMaster and other women in the community. She also runs a group for moms to offer support during this significant identity-changing time, as well as help them to find God and disciple others amidst the chaos of early motherhood. She has been working part time with the Navigators since she graduated in 2009.